Take a First-Hand Preview Tour of the “Norwegian Bliss”

Recently, I had the privilege of attending a preview cruise on the “Norwegian Bliss” from Norwegian Cruise Line. When I stepped aboard, the first thing I n 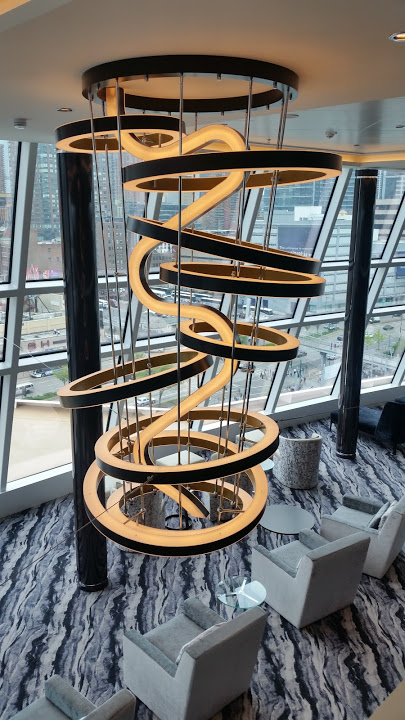 oticed was the neutral and modern color pallet. Gone are the in-your-face, bright colors. I was surprised at just how luxurious this made the ship feel. There are just over 2,000 cabins on the ship, ranging from the single accommodation Studio cabins clear up to the Haven Deluxe Owner’s Suite that will accommodate six. I could go on and on about the beautiful cabins, but then I would never get to all of the cool and amazing things this ship offers.
My absolute favorite area on the ship is the Observation Lounge. This ship was built with the intention of sailing in Alaska. With this in mind, the observation lounge was built as an area to be able to watch the beautiful landscape go by without being subjected to the elements. The lounge is two story with giant floor to ceiling windows to look out from the ship. There are plenty of comfortable seating options whether you are wanting a quiet space to read a book or you are a group looking to meet up and play some cards. The lounge has a bar along with a small buffet area where snacks are available. When I sail this ship again, the bartenders will know me well because this would be my home on the cruise.

The “Bliss” offers many new and innovative activities on this ship. The most obvious being go-karts. You might wonder how much fun go-karts will be on a ship, but I can tell you I was very impressed at how much fun they were. Something else new for a cruise ship is laser tag. I did not have a chance to play, but those who did had a fun time. The centralized pool area includes the pool, splash area for kids and three waterslides. One of the waterslides even goes out over the side of the ship. It looks exhilarating, but I wouldn’t know because I am too chicken to go on it. 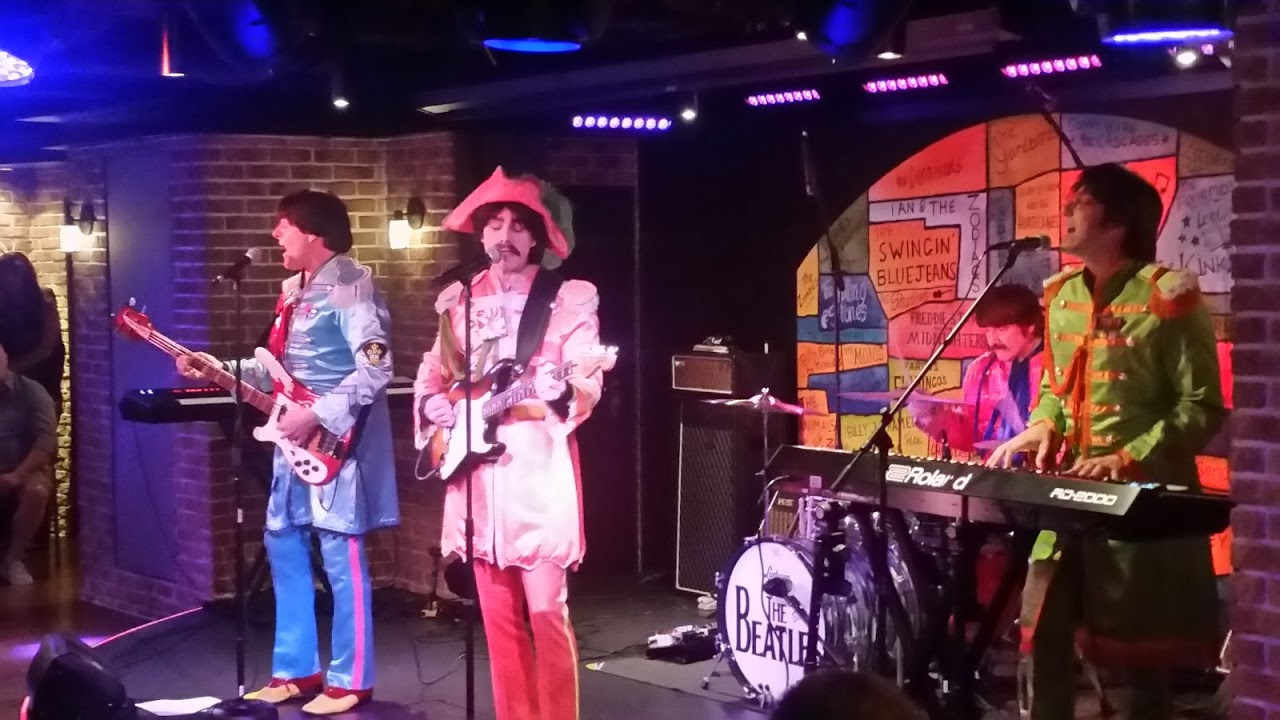 The entertainment on board is top-notch. I was able to catch two Broadway-style shows the “Bliss” offers, “Jersey Boys” and “Havana”. You easily forget you are on a ship watching “Jersey Boys” because the cast is so amazingly talented. There might have been a few ladies in the audience swooning over the gentleman playing Franky Valli because he was so convincing. “Havana” gives you a wonderful perspective into the nightlife scene of 1950s Havana, Cuba. A love story and family drama are all tied in to make “Havana” a colorful and lively show. If you are not in the mood for a Broadway show, there are endless places to catch live entertainment. 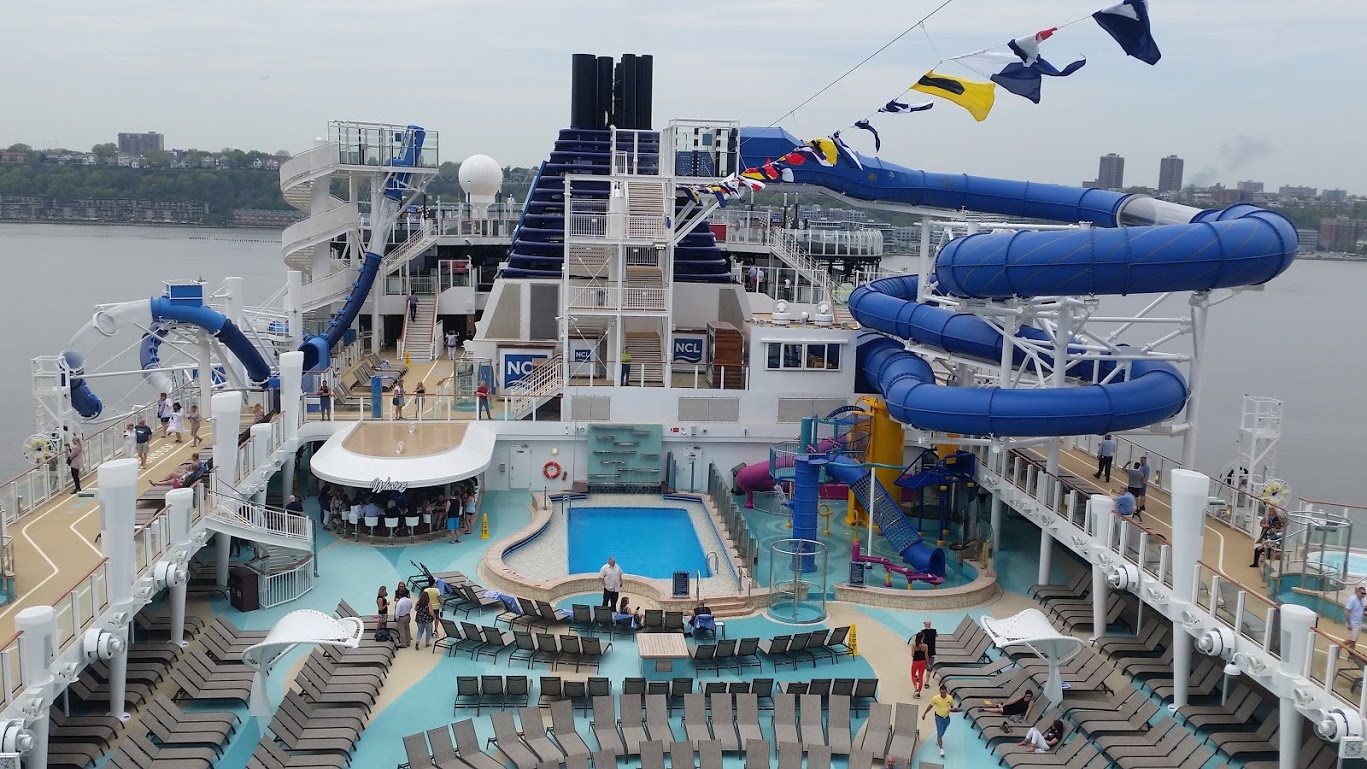 One night, I set out to see just how much entertainment was available. I started in the Cavern Club with a Beatles cover band complete with Sgt. Pepper outfits. Next, I wandered to the District Brewhouse where there was sing along piano music that we all know and love. Did I mention that the District Brewhouse offers 24 beers on tap and 52 different bottles of beer on hand? Up on the pool deck the theme night was country music with several people kicking up their heels and doing a little line dancing. Next, I snuck a quick peek in to the silent disco, where everyone 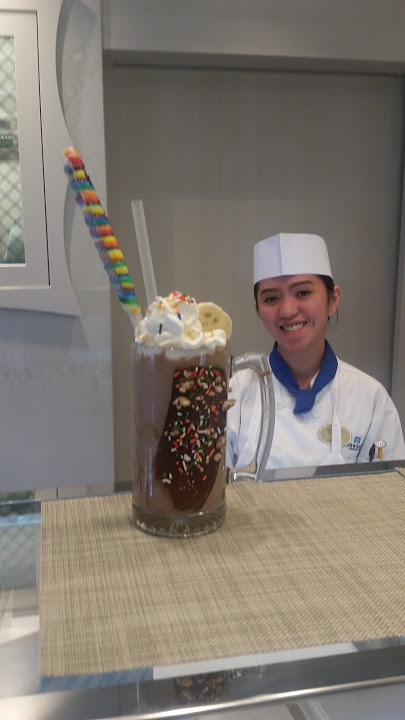 wears headphones to hear the music instead of the music played on speakers. It is quite amusing if you don’t have on the headphones and watch people dance to silence.As I passed through the Atrium, there was acoustic live music, along with some live music at the Mojito Bar. I decided to end my night at the Q, which is a barbeque restaurant and doubles as an entertainment venue. On this night they had a band called Slingo, who hail from the Phillipines and play 80s and 90s rock. Seems like an unlikely combination, but it was so much fun. It was actually a perfect way to end my night. The night owls have many options to keep them happy into the wee hours of the morning.
Whether you are an early riser or are up all night, this ship offer something for everyone. Keep your eyes on our future group trips, and with any luck, we just might have a group trip to offer you on this ship!

After 19 trips with Edgerton Travel over the years, it is a given that they are great at planning and carrying out trips. Jessica has been great at answering our questions & providing information to us. We always look forward to our next adventure with Edgerton. They see to our needs & handle all the planning right down to the last detail. The tour managers are friendly & knowledgeable about the bus trips & foreign travel.